Twice Knitting creates a beautifully dense fabric and is typically worked on needles at least 2 to 3 sizes larger than what is recommended. The video below demonstrates Twice Knit Stockinette Stitch, but the same technique can easily be applied to garter stitch or other knit purl combinations.

Here is how to do the key technique used in Twice Knitting. We’re using Purl Soho’s Line Weight yarn on great big needles for a light and airy effect.

Twice Knit Stockinette Stitch Worked in the Round

The free pattern for our Crosshatch Cowl will give you lots of practice working this stitch in the round, and you’ll have an extraordinary cowl to show for it!

Thinking scarf, rather than cowl? Here’s how to work the Twice Knit Stockinette Stitch flat…

Cast on any number of stitches.

Row 1 (right side): *K2tog dropping only the first stitch off the left needle, repeat from * until one stitch remains in the row, k1.

Row 2: *P2tog dropping only the first stitch off the left needle, repeat from * until one stitch remains in the row, p1. 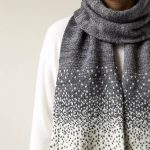 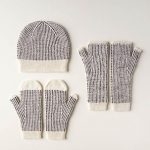 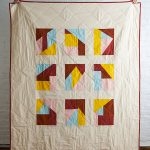 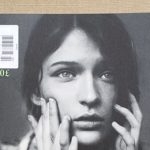 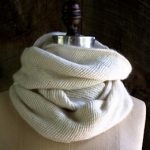