There is beauty in the basic. Take this Zippered Dopp Kit. It is just a no-nonsense sturdy space to stash your travel toiletries, but there is something lovely in its utter simplicity. And in heavy-duty cotton canvas with a chunky plastic zipper, not only is my Dopp Kit spare and elegant, it’s strong and resilient as well! The way you sew the Zippered Dopp Kit celebrates this elemental simplicity. I made it with just one piece of fabric that’s folded and sewn together in a way that’s clever but not too tricky. The process is straightforward but never boring, just like the finished Dopp Kit itself! — Molly Prewash and dry the fabric.

From the bias tape cut the following:

Put all of these pieces aside for now.

From the fabric cut a strip 9 inches by 2 ½ inches. This is the Handle. Put it aside for now. Press the Handle in half lengthwise so that the two folded sides meet up, right sides facing out. Pin in place and edgestitch the folded sides together.

Pin the Bias Tape A pieces onto both of the A sides, encasing their raw edges. Sew together with an edgestitch. Fold the fabric so that one side B aligns with its adjacent side C. (By doing this, side A will be parallel to D.)

Place the Handle between the B and C layers, aligning one of the Handle’s short sides with the raw edges of B and C, 1 inch below the bottom edge of the bias tape.

Pin all three layers together along side B. Starting at the corner where B meets C, sew the sides together (along with the Handle) with a ½-inch seam allowance, stopping just below the bias tape.

Make a ½-inch horizontal snip through the seam allowances of both layers of fabric directly below and parallel to the bias tape. Do not cut into the previously sewn seam. This snip is indicated in pink in the photo above. Pin together the opposite B and C sides in the same manner, with the second raw short edge of the Handle lined up with B and C’s raw edges, 1 inch from the bottom corner.

Sew these sides together in the same manner, stopping right before the bias tape and making a horizontal snip directly below the bias tape.

The snip is now called Point 1. Sew the remaining un-sewn side Bs to their adjacent side Cs in the same manner (this time without the Handle).

Make sure to cut the ½-inch snips into the sides. They are also called Point 1.

Once all four of these sides are sewn you should have a box shape like in the photo above. The two unsewn D sides are now the Top Flaps. Before you attach the zipper you have to square up the Top Flaps: Make a straight fold from Point 1 at the top of one Flap to Point 1 at the bottom of the same Flap. (This fold is indicated by the dark gray line in the photo above.)

Mark a line (indicated by the pink line above) exactly 4 inches to the right of the fold and then cut side D of the Top Flap along this line so that you have a perfect 4-inch wide rectangle. Sew a Bias Tape D piece around side D of the Left Flap.

Along the right side (i.e. outside) of the bias tape, mark a line that runs ¼ inch from and parallel to the Flap’s edge, indicated by the dark gray line, above. Separate the zipper. On the half of the zipper with the pull, mark a line on the wrong side that is ¼ inch from and parallel to the zipper’s smooth edge, indicated by the pink line, above.

Using a zipper foot, sew down the zipper along the line marked down the length of the zipper. You will now use the Bias Tape C pieces to encase the raw edges of the Top Flaps. Here’s how:

For the Top edges of the Top Flaps: Place the bias tape along one short raw edge so that the bias tape extends beyond the left and right sides. Tuck the bias tape’s raw edges under and pin the tape over the fabric edge.

Edgestitch the bias tape into place, making sure to catch both sides as you sew. For the Bottom edges of the Top Flaps: Attach the bias tape in the same way, but this time, make sure that when you fold under the bias tape end closest to the zipper, the zipper catch is left uncovered. At the Bottom edge where the zipper begins, use a generous ½-inch seam allowance to sew across the pinned edge of one Front Flap, across the zipper and then along the second Front Flap. Make sure not to sew into either bias tape. To sew the Top edge together unzip the zipper a bit so the pull is out of the way and then sew all the way across the pinned edge with a ½-inch seam allowance. Avoid sewing into the zipper teeth and make sure to not sew into either bias tape.

If you’re worried about breaking your needle along the zipper you can turn the machine wheel by hand when you get to the zipper, allowing you to maneuver around the teeth.

Edgestitch these bias tape pieces down, turn the Dopp Kit right side out, and you’re done! 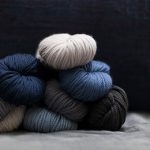 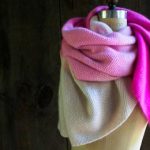 PRINT
24 comments
Close
Thank you for subscribing!
TO TOP