This tutorial is part of our Beyond Basics series of tutorials. These posts explore the more technical and challenging aspects of knitting, bridging the gap between beginner and intermediate skills. To broaden your knitting horizons, check out these other super helpful tutorials…

You’ve mastered the basics of knitting and are finally casting on, knitting, purling, and binding off with confidence. The next step? Knitting your first project from a pattern! At first glance a knitting pattern, with all its abbreviations and symbols, might look like a complicated math problem, but it’s not really! Let’s dispel the mystery…

Just like gathering ingredients before cooking a meal, you’ll want to make sure you have everything you need before you cast on, starting with the yarn! In the United States this recommendation is typically listed as the number of skeins or yards required. However, international designers often recommend the amount of yarn you’ll need by weight in grams. If the pattern offers a range of sizes, you’ll want to be sure you follow the recommendation for the size you intend to make (see the Sizes section, below, for more information about that!).

An important note here is that a pattern’s yardages and needle sizes are just recommendations, and you may need more or less yarn or a different needle size, depending on the accuracy of your gauge and how you knit to achieve it. Our All About Gauge Tutorial explains everything you need to know about finding the perfect needle size for your pattern’s particular gauge.

… and you ‘ll know that for a size Small you’ll need 2 skeins, 3 skeins for a Medium, and 4 for a Large. This applies to every instruction in the pattern: the number of stitches to cast on, the finished measurements, everything!

Designers and knitters have a whole dictionary of agreed-upon abbreviations and terms that, in the end, make writing and reading patterns easier. Some abbreviations are straightforward, like using ‘k’ for knit and ‘p’ for purl, but others, like ‘k2tog tbl’, can really get your head in a twist. Our Knitting Abbreviations + Terms page is a treasure trove of information, with all of the most common knitting abbreviations in one place, as well as links to tutorials to help you learn the trickier ones!

Patterns that use particularly unusual or specific techniques will include a section titled something like Notes or Special Instructions. It helps to review these explanations before casting on. Designers are knitters, too, and they do their best to provide you with helpful tips to set you up for success!

Knitting employs a lot of the same methods as algebra formulas for shortening lengthy instructions, but that doesn’t mean you’ll need a calculator! Asterisks, brackets, and parentheses break up a row of knitting into bite-sized pieces and indicate how many times a particular sequence should be repeated.

Asterisks indicate the beginning of a stitch sequence. Patterns often ask you to return to an asterisk in order to repeat the sequence until an indicated place in the pattern (often to the end of the row, round, or next marker, and sometimes to a certain number of stitches before that point) . For example…

…means to knit two together, purl one stitch, knit one stitch, then to return to the asterisk and p1, k1 over and over until the end of the row, ending with a k1.

And to make it one step more complicated…

For this row, you would knit two together, then purl 1, knit 1 over and over until there are 3 stitches on the right needle (ending with a knit stitch!), then you would purl 1, then knit 2 together to finish the row.

Brackets function a lot like asterisks, indicating a section of knitting to repeat. In many patterns, and definitely in Purl Soho patterns, brackets are used when you repeat a sequence of stitches a specific number of times (as opposed to asterisks, which repeat until a certain point). For example…

We also use brackets to indicate the number of stitches you should have at the end of a row or round, especially if the count has changed because of increases or decreases. For example…

Note that the stitch counts are in parentheses to indicate four different sizes!

In addition to indicating different sizes, parentheses also specify a sequence of stitches to repeat inside of a larger repeat. Huh? Here’s an example…

As patterns get more complicated, asterisks, parentheses, and brackets may be used all together in much longer sequences. See if you can figure this out…

Let’s start at the beginning. To (k1, p2, k1) 2 times, you k1, p2, k1, then do it again: k1, p2, k1. Next is a “k1.” It’s not inside parentheses and doesn’t follow an asterisk, so you just knit 1. The next part reads *p1, k2, repeat from * to 1 stitch before next marker. This means to repeat the stitch pattern following the asterisk until you reach one stitch before the next stitch marker. Let’s say it takes two repeats to reach 1 stitch before the next marker, so you p1, k2, p1, k2. With the 1 stitch left before the marker, you slip 1, then slip the marker. But you’re not done yet!

The sequence you just completed is contained within brackets, and, as the final part of the instructions indicates, this bracketed section has to be completed four times total. So, you return to the beginning and repeat the entire sequence three more times, and then you’re done!

See how it’s simpler than it looks? Well, if not yet, you will! Hopefully this exercise has illuminated a few things about knitting patterns for you. Note that many beginners write out parts of their patterns in long form until they get used to reading them, but as symbols become more familiar, knitters learn to appreciate how they shorten long-winded sequences into repeatable combinations of simple stitches. We hope you’re well on the path to becoming one of those knitters! 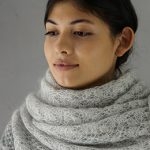 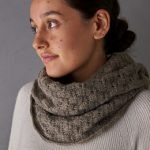 13 comments on “Reading A Knitting Pattern”

PRINT
13 comments
Close
Thank you for subscribing!
TO TOP