This project starts and ends with the beauty of Globalweave’s Linen Gauze. The fabric’s open weave makes it light and airy to the touch, while its fine linen threads give it strength and durability.  Although soft and fluid, this Linen Gauze Wrap perches around your shoulders in a wonderfully voluminous puff, full of charisma and elegance!

The understated beauty of this fabric calls for a modest treatment, and so I used a simple straight machine stitch to finish all the edges. Using a bright neon thread, a thin yellow line travels the hills and valleys of the fabric like a streak of light. A few straight cuts, some quick stitches and some easy fringe-pulling and you’re done. Nothing could be easier… or prettier! – Corinne We created a new version of this wrap using Purl Soho’s beautiful Watercolor Linen. To see more photos and to pick up the materials, check out our Watercolor Linen Wrap story! Do not prewash the fabric. The finished Wrap will be handwash only. Trim one raw edge of the fabric straight along the grain line. Because the weave of the Linen Gauze is so loose, if you cut carefully with a sharp pair of scissors, it is fairly easy to trim right along the line of the weave (but don’t worry too much if you don’t stay exactly in line).

Once you have a clean, straight edge, cut the other raw edge in the same manner so that the fabric is 32 inches wide. Cut off the two selvage edges, again following the line of the weave. Sew along the pinned line ¼ inch in from one raw edge twice. Remove the pins and turn the scarf over. Now sew ¼ inch in from the raw edge on the other side twice. Pull out the threads of the raw edges that run parallel to the two sewn lines.  Use the sharp point of a straight pin to help pick each thread. Starting in the middle of one side, sew ¼ inch in from all four sides, going around the entire perimeter of the scarf twice. Backstitch at the end of the seam.

Working one side at a time, pull out the threads that run parallel to the seam lines The threads are woven in groups of three. The first grouping can easily be pulled out together. As you get closer to the seam line, pull the threads one by one until you have reached the line of stitching. Use the sharp point of a straight pin to help pick each thread. If a thread is partially caught in the stitching, just use a small, sharp pair of scissors to trim the thread so that it is the same length as the fringe.

Continue in this fashion around all four sides and you’re done! 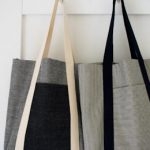 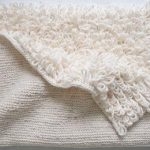